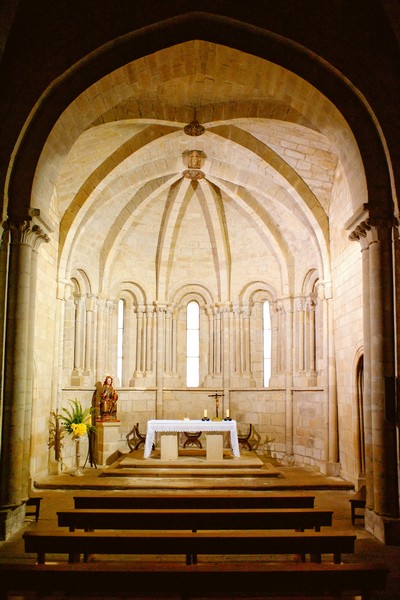 Two beautiful churches in the municipality of Valdegovía, just half an hour from the Basque city of Vitoria and bounding on the province of Burgos, are the venues of the Schubertíada.

The church of Nuestra Señora de la Asunción, in the village of Tuesta, was built in the transition period between the Romanesque and Gothic styles, making it a veritable history book of medieval art. Its doorway, formed by a set of seven historiated archivolts, presents a mixture of scenes from everyday life in the countryside with other more theological motifs. The church now contains two altars, one in a magnificent Romanesque apse facing east and the other in the former place of the choir, featuring an altarpiece dedicated to the Assumption of Mary from the end of the 16th century in a fairly late Renaissance style.

In the village of Bachicabo, the church of San Martín was built in the 16th century on the site of a previous Romanesque church. Inside it has a large Baroque altarpiece formed by wood sculptures and oil paintings: six canvases which are clearly in the Flemish style, notably including a Saint Martin Dividing his Cloak and a Descent from the Cross, linked to Rubens and Van Dyck. Upon dismantling the altarpiece for its restoration, behind it the Chartered Provincial Council of Álava’s Restoration Service discovered a fresco painted around the middle of the 16th century, that is to say, over 100 years before the altarpiece was built. Both these splendid works may now be seen in the church. 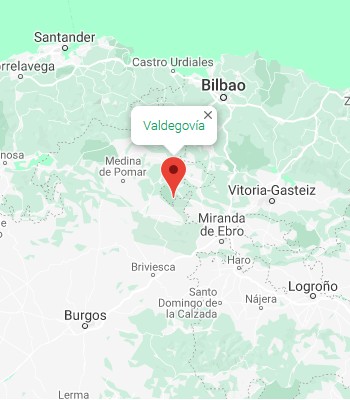 From Bilbao
From Vitoria-Gasteiz

Main collaborator of the Schubertíada